This is the 59th installment of Rhyme and Reason, my weekly set of limericks for the Sunday Times of India edit page.

There is a film that I have not seen.
It is based on a fictional queen.
Its name begins with ‘P’.
Somehow that offends me,
So I will not allow it to screen.

A fellow named Himanta Sarma
Told me, “Cancer is caused by karma.
You are not sanskaari.
I feel really sorry.
What disease you will get, oh Varma!”

Swarajya plays the gender card on behalf of Smriti Irani:

The jokes on Smriti being handed textiles ministry, misunderstanding it for a ministry of ‘texting’, or the beti being given a sewing machine instead of education, have come from even the most feminist of women, all with unbridled glee at seeing a woman fail.

The cherry-picking of a women to be slammed in a manner that is degrading and humiliating of the person, and not their work, must rankle anyone.

Indeed, I had reacted to Irani’s transfer with this limerick, which I presume is the joke being referred to above. I’ve been a critic of Irani for a long time, and the reason for that is not her gender, but her “ignorance and arrogance”, as Ram Guha put it so aptly. The cabinet reshuffle indicates that even Narendra Modi agrees with Ram Guha and me on this matter, and it might well be a first that the three of us are lined up on the same side of an issue.

The Swarajya piece also indulges in a bit of Whataboutery, implying that men don’t get criticized in this manner. Speaking for myself, I’ve lampooned Rahul ‘Pappu’ Gandhi (Recent examples: 1,2) and Modi (1, 2, 3) far more than I’ve criticized Irani. To the best of my knowledge, they are not women at this point in time. But even if I wasn’t an equal opportunity satirist, the Whataboutery would have been uncalled for.

This is not to say that there hasn’t been some disgusting sexism directed at Irani, or that we aren’t a country of sexists. Those are true, but to imply that the very act of criticizing Irani is sexist simply because she is a woman is absurd. All political discourse will end if we take that line: You won’t be able to criticize any woman because someone will call it sexist, or any Muslim because you’ll be labelled Islamophobic, or any government minister because you’ll be called anti-national. There is no end of cards to play.

In an essay I wrote a few weeks ago, ‘What We Talk About When We Talk About Politics’, I described how so much political discourse ends up as attacks on the person making the argument instead of the argument itself. I outlined three ways in which that happens. Swarajya’s article is a perfect illustration of that, as it covers all three of those. So you lampooned Irani? Well, that reveals three things about you. One, you’re a hypocrite, because you didn’t lampoon Kapil Sibal earlier. Two, you’re sexist, and your intention is to demean women. Three, you’re part of the ‘liberal brigade’.

It is almost as if this piece was written to illustrate my point, so thank you for that, Swarajya!

Once there was a star of the screen,
Sent to Rio as a goodwill machine.
‘With my foot on the pedal,’
He said, ‘I’ll race towards a medal
And crush any blackbuck that intervenes.’ 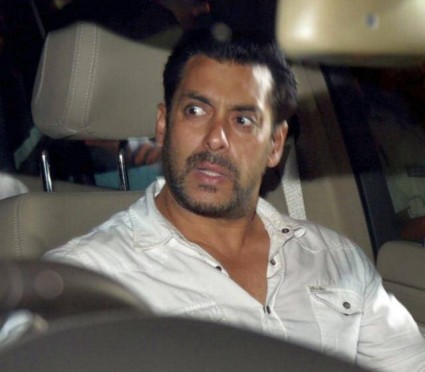 Hello, my name is Sri Sri
I’ve heard you guys are beastly
Don’t cut the call
In fact, cut nothing at all
Let’s make some peace. Hee hee!

Yeah, Sri Sri Ravi Shankar made a call to ISIS, it seems, to talk peace. They sent him a picture of a beheaded man in return. He says. Hmm.

Hello, my name is Sri Sri
I’ve just climbed up a tree tree
Where the signal is clear
And I appear
Not mad like you, but free free.

Hello my friends from Islamic State
I write these words as I levitate
I can teach you to rise
Not brutalise
All you have to do is meditate.

Once there was a mini-skirt.
A playful child that liked to flirt.
One day it got banned,
A measure that was planned
By a group of petticoats that felt hurt.

This is such a great sentence:

The boy told us that he (his father) was a security officer with the Nizam of Hyderabad’s grandson. His claims are being verified.

That first sentence is funny. The second is just sad. Verify?

Once there was a great actor.
A fiscal malefactor.
To save his wealth from harm,
He claimed he ran a farm,
But where the fuck is his tractor?

Oh, and to change the subject entirely, ToI reports that Amitabh Bachchan has “finally broken his silence” on the subject of his name being in the Panama Papers. He has denied having anything to do with the companies he allegedly set up, and has said:

It is possible that my name has been misused.

As an explanation, that’s on the level of ‘The dog ate my homework.’ Points for chutzpah.

Once there was a ceiling fan
Which gave air according to plan.
Now it’s in hiding
While the junta’s deciding
On Rakhi Sawant’s call for a ban.

In fact, I would argue that the Karnataka government has not gone far enough. Why restrict this benevolence to movies?

I hereby propose that the prices of cars be capped at Rs 80,000. This will help the poor.

Also, the prices of meals at restaurants should be capped at Rs 30. This will help the poor.

While we’re at it, airline tickets should be capped at Rs 300. Why should only the privileged rich be allowed to fly?

Please don’t tell me you object to any of these wonderful ideas. There is no argument against these that don’t also apply to multiplex tickets. Don’t you agree?

On a serious note, here’s a piece by me on price controls: The Price is Right.

A road near Delhi notorious for hours’ long traffic jams has finally found the right victim. After stewing in a two-hour jam last night, Road Transport Minister Nitin Gadkari has ordered a solution within 24 hours.

“We are studying the traffic of Delhi and the report will come to me in 15 days. We will identify the black spots of Delhi and also inform the Delhi government. We will jointly solve this traffic jam problem,” Mr Gadkari told reporters today.

I have two observations to make here. One, you will note that Gadkari has ‘ordered a solution within 24 hours,’ and to make it happen, has commissioned a report that will be ready ‘in 15 days.’ This is delicious. If Kafka made this up, you’d wag your finger at him and say, ‘Now now Franz, you’ve gone too far this time.’

The other observation must have struck you as well. So Gadkari, who is the road transport minister, realises there is a traffic problem only when he is personally stuck in traffic? Is that what it takes for a minister to truly realise the problems a country faces. Will Arun Jaitley start worrying about rising prices only when he himself is unable to afford onions? Will Birender Singh, the minister for drinking water and sanitation, wake up to the urgency of the problem in India when he himself gets jaundice? Otherwise it’s academic, stuff that written in files, push ‘em around, keep pushing, push harder?

You could argue that this question is moot in the case of our education minister, who is herself uneducated. I suppose that’s a good start.