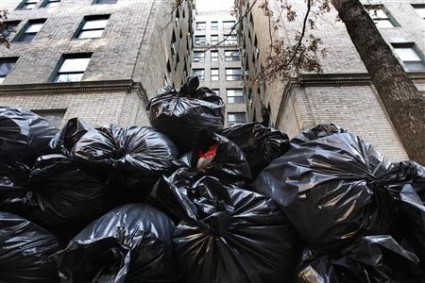 There is something terribly poignant about a man trying to commit suicide by jumping off a ninth-floor window but being saved by an uncollected heap of garbage that lies below. His self esteem is obviously low, he feels discarded by the world, but, like the garbage that eventually saves him, not yet dispatched. So he jumps, and wakes up not in an afterlife like heaven or hell or suchlike, but in a hospital, all bandaged up, tubes entering and exiting his body like the world refusing to let go. It makes me wonder what is the greater tragedy for him: feeling the need to let go, or not being able to do so.

There’s the seed of a short story here, but I feel too lazy to write it. Such it goes.

On another note, if someone asked me to guess where this happened, I’d think of garbage and I’d immediately rule out New York. Instead, my guess would be Andheri East.