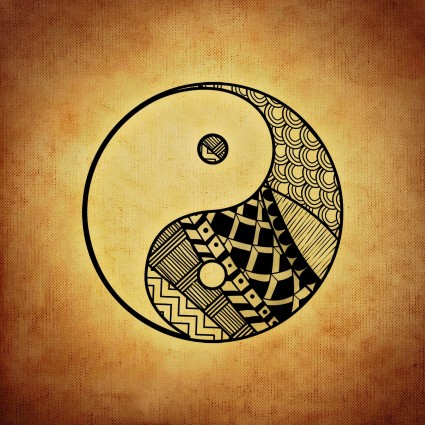 This is an essay I wrote last week for the magazine I edit, Pragati.

A few days ago, a friend and I tossed a coin for some reason I don’t remember now. I called Heads. The coin fell Tails.

“Huh? You said Heads, this fell Tails. You were obviously wrong. And I was right.”

“No, I wasn’t. And no you weren’t. Right and wrong are not the only two options. We were both right. And we were both wrong.”

My friend shot me a bewildered look, and put the coin in his pocket. I later remembered that the coin had been mine.

I was hanging with some friends at a birthday party. They were my age. I have never been one for celebrating birthdays, but they seemed happy. At one point, we started talking about the present government of Narendra Modi, and I criticized one of his policies. My infallible logic shut everyone up. The undecided nodded their heads. The devout on the other side, who will be convinced by nothing, shifted uneasily in their chairs. Finally, the Birthday Boy said:

“Amit, You’re such a commie, man. You’re a Lutyens insider. You’re like a courtier of the Gandhi family.”

I sighed. For most of the adult life, I’ve railed against the Gandhis and the Congress, their decades of bad economic policy that kept Indians in enforced poverty, their hypocrisy when it came to liberalism (they were the ones who banned The Satanic Verses), and their pandering to different vote banks. When they were in power, people called me a right-winger, and assumed I must be a Modi supporter. And now that I was criticising Modi, for many of the same reasons, I was suddenly a commie and a Congressi.

I sighed again. Someone handed me a glass of water. I said, “Give me back my coin.”

I would, at this point, like to present to you what I call The Binary Fallacy. The term has been used randomly in many other contexts, but never in this specific sense. Here goes:

The Binary Fallacy is the ingrained, mistaken notion that there are just two options in any given situation.

This is a bit like a False Dilemma, but that is a fallacy that is contextual and constructed. It is often a tactic. The Binary Fallacy, I would argue, is an ingrained tendency in us. We have evolved to commit The Binary Fallacy. In fact, it was necessary for our survival.

Here’s a common situation evolutionary psychologists often bring up. You are living in prehistoric times. You are in the fields. There are dense bushes near you. You hear a sudden loud sound from the bushes, as if something is moving through them.

a) You get the hell out of there.

b) You investigate what’s in the bushes, as it’s likely to pose no danger given your past experience.

There is no space for nuance here. A data scientist may stop and think, “Ah well, out of a sample size of 641 noises-in-bush heard over the last three years, two turned out to be tigers, which means there’s a .3% chance this is a tiger. In contrast to that, there’s a 13% chance that this is deer, and if so, there is a 54% chance that I will catch it and thus take care of my hunting needs for a week. Plus, I will gain satisfying sex from admiring tribeswomen (70%), and might even be next alpha male (22%). If I attribute a satisfaction score of 80 Happiness Units for hunting needs satisfied, 200 for sexual needs satisfied, 400 for alpha-male status and minus 10,000 for death by tiger, my expected value from exploring the source of the noise is minus 838. I should probably leave.”

Meanwhile, the tiger’s finished his lunch, and your genes aren’t going anywhere.

Here’s the thing: the world is fake news. It’s deeply complex, with millions of events coinciding every moment, sometimes independent, often with chains of connections to each other that the human mind cannot unravel. We cannot deal with all this complexity. If we tried to do so, we would freeze with bewilderment and indecision.

So we tell ourselves simple stories to make a complex world explicable. And over time, decision-making shortcuts, or heuristics, get programmed into our brain as the species evolves. This is necessary for survival. If we didn’t take cognitive shortcuts, the Decision Fatigue alone could kill us, leave alone the tiger.

So here’s the upshot: the guy who runs from the tiger will get chances to propagate his genes. Alternatively, in a safer environment, the guy who catches the deer will get to have more sex, so his genes go forward. The nuanced data scientist will either die by tiger or miss the deer.

At one level, The Binary Fallacy is a good thing. We need it to negotiate the world. Also, if you give great importance to outcomes, The Binary Fallacy makes sense. Outcomes are binary. Either something happened, or it didn’t. Either there was a tiger in the bushes, or there wasn’t. You can’t be half-pregnant.

But thinking in terms of outcomes is wrong. I learnt this when I spent a few years as a professional poker player. Poker teaches you to think probabilistically, and to ignore outcomes. For those of you who do not know the rules of poker, I will illustrate this with a coin toss instead of a hand of poker. (The example is taken from this essay I wrote on the subject.)

Let us say I come to you and propose the following bet: we will toss an evenly-weighted coin, chosen or vetted by you. If it falls Heads, I will give you 51 rupees. If it falls Tails, you will give me 49 rupees. You agree, and I flip the coin.

Now, this is a bit of a gamble if you just toss the coin once. But if I offer you unlimited tosses of the coin, it becomes less and less of a gamble. You might get unlucky and have a run of five consecutive tails when we start, but in the long run, you will make money because you made the right decision.

This is what poker players learn, and is also the key insight of the Bhagavada Gita: keep making the right decisions, and don’t worry about the fruits of your actions.

The Binary Fallacy militates against this, though. If your elderly aunt watches you make that bet with me, and the coin comes down Tails, she might be rather upset with you. “You were wrong to make that bet,” she might tell you. “Wrong, wrong, wrong. It’s no surprise that my useless sister has such useless offspring.”

But you weren’t wrong. Your aunt just committed The Binary Fallacy. She is the useless sister.

Here’s an example of what this means in contemporary terms. Let us look at classical liberals who supported Narendra Modi in the 2014 elections. Assume that they wanted economic reforms but were wary of social unrest caused by the Hindutva fringe. So how would Modi govern if he came to power? I’d say that there were many possibilities.

Now, no one can say what those numbers would be, but X, Y and Z are definitely all more than zero percent. If Y happened, someone who hoped for X would not be proved ‘wrong.’ (And vice versa, of course.) His thinking may have been correct, even if the outcome went the other way.

This holds for almost any historical event. The recent US presidential election was so close that anyone who said Hillary Clinton would win was both wrong and right, just as anyone who bet on Donald Trump was both right and wrong. (Unless they exuded certainty, in which case they were both wrong.) Ditto Brexit or Macron or Goriaghaat.

This brings me to The Hindsight Bias, another tool in the brainkit natural selection gave us to build simple narratives for a complex world. The Hindsight Bias is our tendency to believe that a) whatever happened in the past was inevitable and b) that we knew it would happen. Therefore, someone who makes a fallacious prediction or carries out an action that leads to a bad outcome was… wrong. After all, he wasn’t right, and what other options are there?

(By the way, there were no elections at Goriaghaat. I just made that up to see if you were paying attention.)

Let’s take a mild deviation here from our main subject, and muse about both The Hindsight Bias and probabilistic thinking. Consider what would have happened – and this is a fascinating counterfactual – if Sanjay Gandhi hadn’t died in an air crash in 1980.

I think it’s fair to say that Indian history would have been very different. I’d also add that we couldn’t say in what direction, though I’d wager that we would probably be worse off. But the thing to note here is that the history we take for granted is a confluence of unlikely events that just happen to happen. When Gandhi flew off that June morning, he wasn’t guaranteed to die, for there is no such thing as destiny. (‘Destiny’ itself is a consequence of our urge for narrative and comfort, and yes, The Hindsight Bias.) There was a very small chance that the plane would crash, and he got unlucky. If there were a million parallel universes that diverged at the moment, he’s still alive in most of them.

The Binary Fallacy has poisoned our political discourse. Part of this is the nature of our times. Our senses are bombarded by more information than ever before. We need to simplify. Who has time for nuanced thinking?

Also, we have evolved in prehistoric times to think in terms of tribes, Our People vs The Other. Culture has gone a long way towards fighting off biology – and culture itself is a consequence of biology, for we have contradictory impulses – but our instincts are what they are. We form teams. And we take everything personally.

I hardly need to elaborate on this binarification. (I wrote a post about it a year ago.) All political discourse has become a matter of you are for us or against us. All arguments have only two sides. If I am against Modi, I am an AAPtard, Fiberal Congressi. If I am against Rahul Gandhi, I am a Sanghi who hates Muslims.

Once I protested at the violence carried out by gaurakshaks, and was asked why I didn’t protest when ISIS killed people in Syria. I have had Whataboutery thrown at me when I have criticized the stifling of free speech by this government, and been asked where I was when Muslims were the one doing the muzzling. Naively, I once produced links to pieces I’d written supporting the brave cartoonists at Charlie Hebdo, the Danish cartoonists, and Salman Rushdie (in the context of The Satanic Verses). But to reply to Whataboutery is foolish and futile.

The Binary Fallacy is ingrained in human nature. It is the nature of the beast. We are the beast; and we must also fight the beast. It is not simple.